Minnesota used to be one of basketball’s best-kept secrets

About the author. I’m a mid-career writer and documentary segment producer. I graduated from Minneapolis’ De La Salle high school in 1993. I played football but fell in love with basketball while watching some football teammates play basketball in fall of 1989. This 2-part series is an attempt to see where we are and where we’ve come from as a state, when it comes to basketball. Special thanks to the three Minnesota basketball experts who shared their insights and perspectives for this article (and a second piece which comes out tomorrow) – Larry McKenzie, Ken Novak, and Rene Pulley. 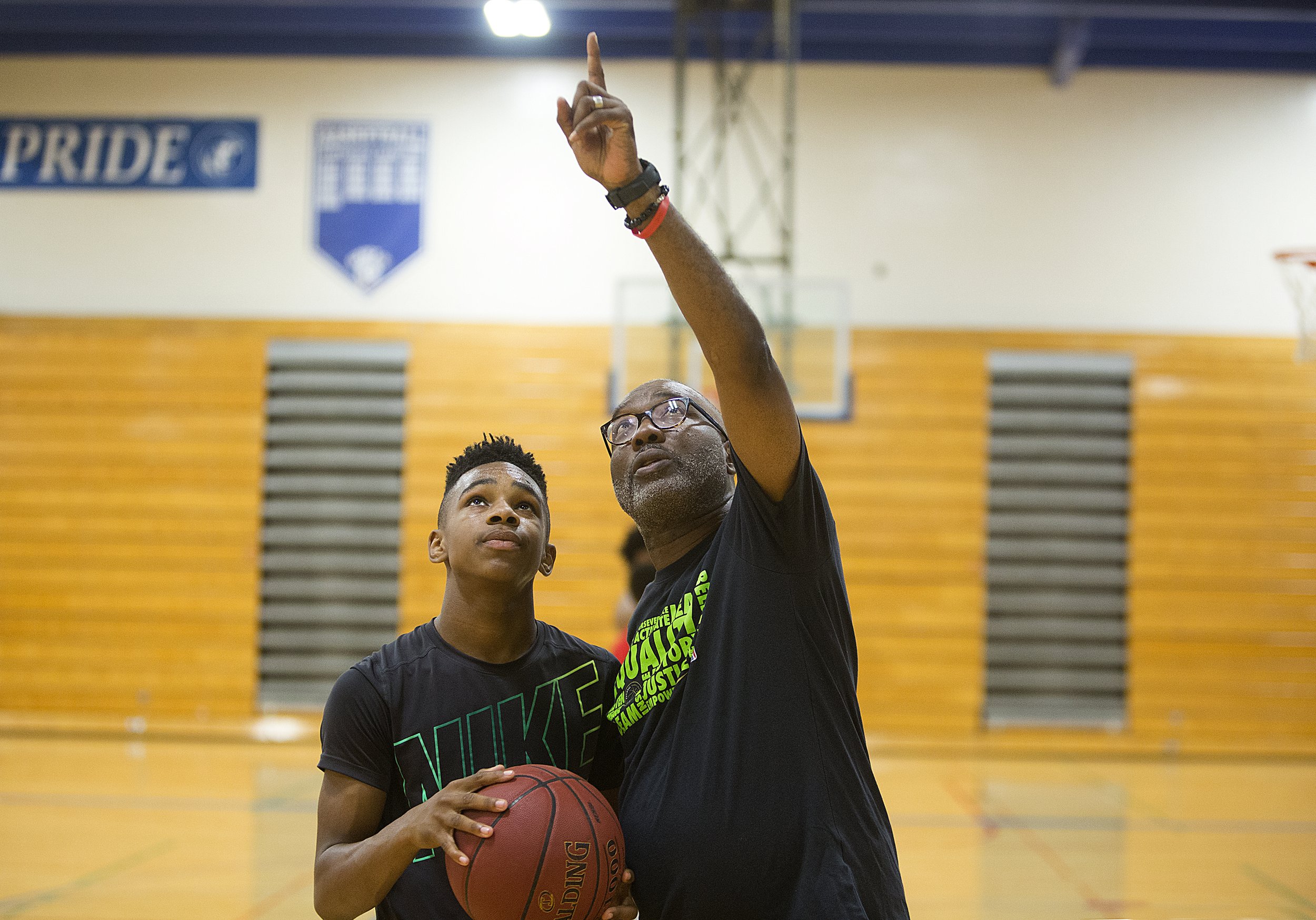 Hopkins head Coach Ken Novak has appeared in more Minnesota state tournaments than any coach in history, (17) and his 8 state championship titles are second-most all time in Minnesota. He’s also in the Minnesota basketball hall of fame. 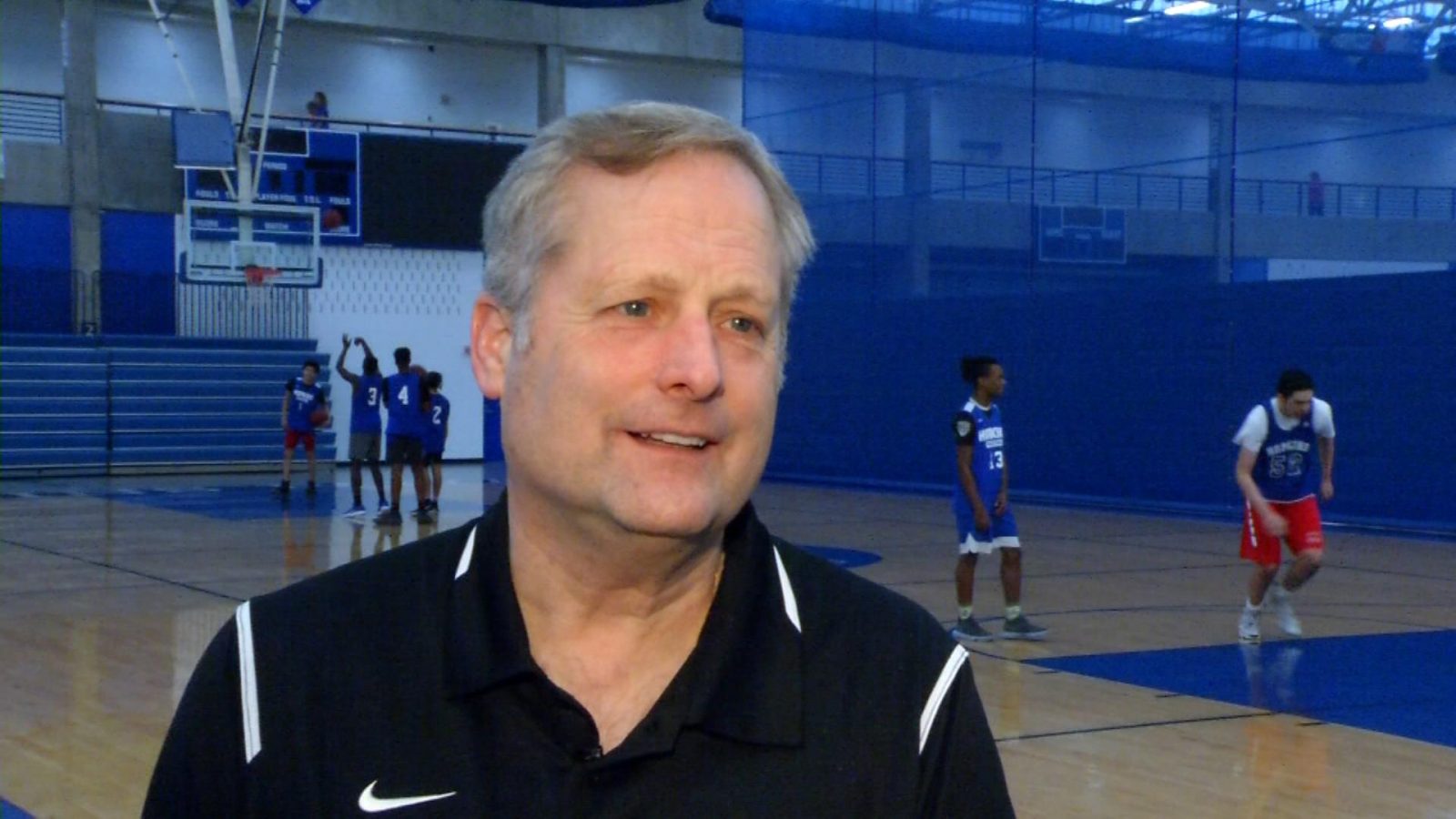 Rene Pulley’s name has been synonymous with the best basketball players in the state of Minnesota for decades. He hosts the Howard Pulley Pro-Am league every summer where many of the best players from Minnesota (and beyond) come to play. He’s also a Minnesota basketball hall-of-famer. 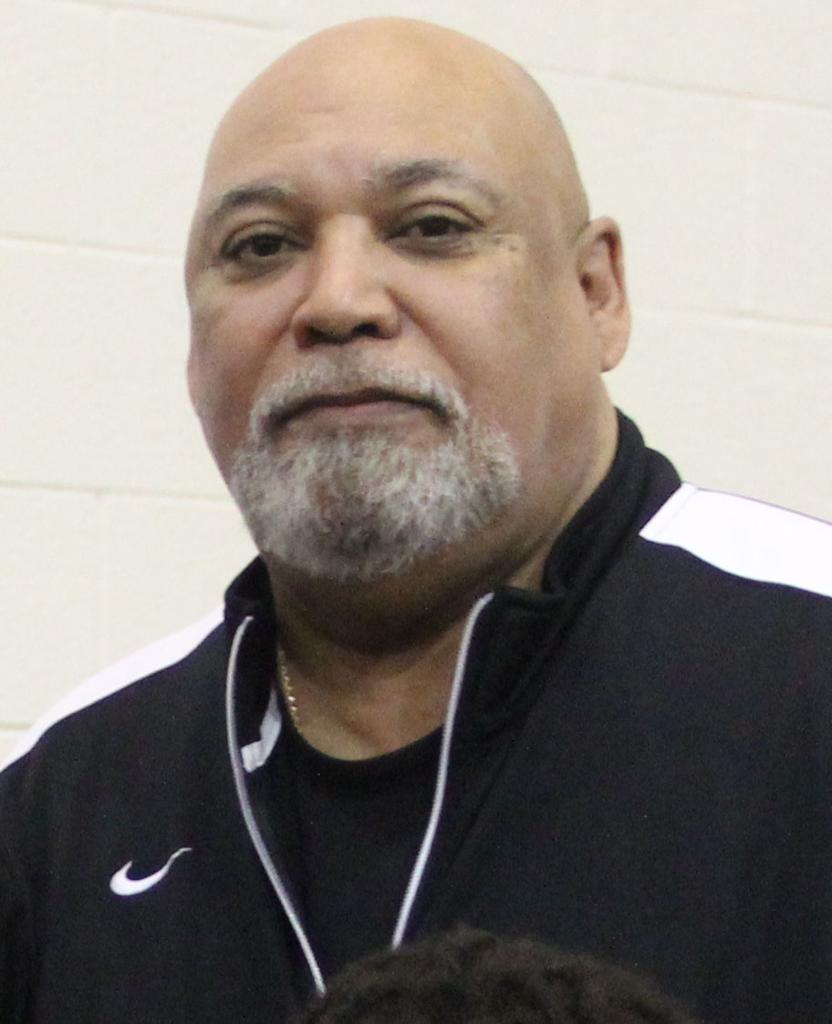 Minnesota used to be one of basketball’s best-kept secrets.

I wondered whether the talent level of Minnesota basketball players had changed since 1993 when I graduated from De La Salle. It seemed clear to me that it had. In the early 90’s, the “bar” of the best high school players was earning a division 1 scholarship… somewhere.

“If you look at every year, probably for the last 10 years, you see on the average, I think if you looked at the top 10 kids, All-State kids, 70% of the first or second team all state kids in the state of Minnesota are going to the power five schools or high, mid majors,” McKenzie says.

Today Minnesota kids not only attend top blue-chip basketball programs, but we have multiple kids who’ve become NBA players and many more playing professionally in Europe. That wasn’t the reality in 1993. But are Minnesota kids inherently more talented today than they were 30 years ago?

All 3 experts I spoke with say the same thing: No.

“I don’t know how much the talent has changed,” McKenzie, says. “I think more kids are playing basketball and because of the way basketball has grown in Minnesota – kids here are getting more exposure.”

“Minnesota’s always had pretty good players,” says Hopkins Coach Ken Novak. “You had the Kevin McHale’s and the Mark Olberdings”. Novak points out that some really good teams, including his own Hopkins team and Minneapolis Henry and Minneapolis North, had multiple talented players in the early 2000’s. “There were teams with four or five D1 players.”

But Rene Pulley says, even if Minnesota has had talent for the last 30+ years, Minnesota wasn’t always known as a basketball state.

“Jim Dutcher (former U of M head basketball coach) made a statement in the newspaper somewhere around 1976 and he said ‘the best guards in the state of Minnesota play hockey.’” Pulley says, “That was really hurtful. Everybody thought that this is just a hockey state – and we had outstanding players, we just didn’t get the notoriety.”

In 1997, one Minnesota player made a big jump that would help put Minnesota on the national basketball map.

“The first player that got national recognition here that wasn’t 6’ 11” or 7’ tall, was Khalid El-Amin. Khalid turned the corner and opened the doors really for a whole lot of folks to make people look at Minnesota.” El-Amin made a jump to play on the east coast at UConn in the Big East, one of college basketball’s top conferences. He also played a key role on their 1999 national championship team. He made the move to UConn at a time when many teams were still focused mostly on recruiting players from nearby. That’s because pre-internet, coaches couldn’t easily see players from places like Minneapolis.

“If you look at recruiting in the nineties, it was kids sending in video tapes to a coach that they would look at,” McKenzie says. He says the recruiting process has changed dramatically.

“They probably traveled by university car. So, they didn’t travel I would say, outside of a 300-mile radius. So for kids in the nineties, if you were gonna have a chance to play high major basketball, it would probably be limited to Minnesota, maybe Wisconsin, Iowa, and Iowa state. The recruiting was more regional,” McKenzie says.

Most college coaches hadn’t seen the Minnesota kids play and for some that may have led to questioning their talent, even when they did see it.

Rene Pulley recounts an example that demonstrates this point.

“After coaches watched Troy Bell play they would ask me, ‘is he really that good, or did he just have a good weekend?’ And after 6 weekends, they’d ask me the same question.”

Troy Bell was that good. 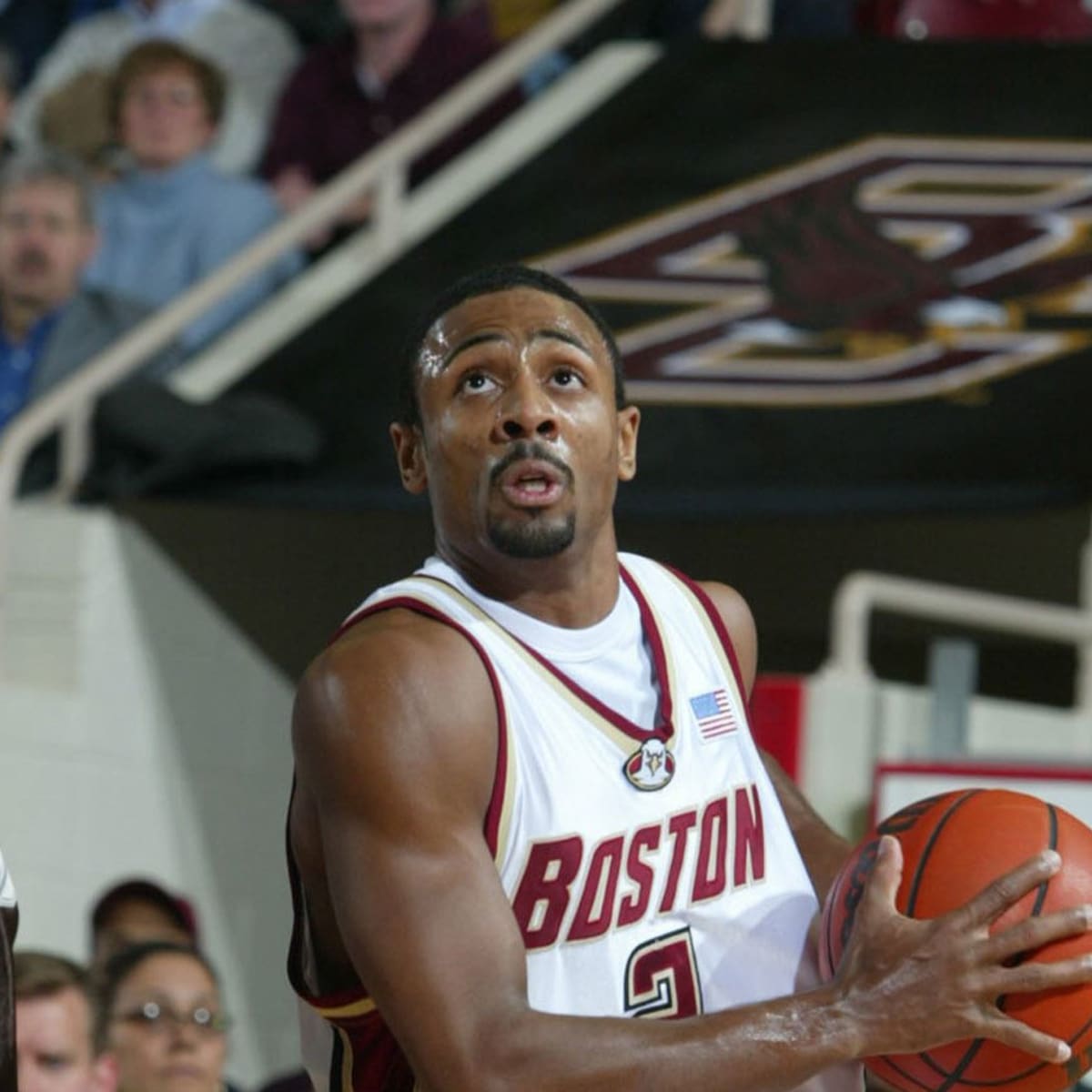 “Troy Bell ended up in the NBA, you know what I mean?” Pulley said.

Another major fuel for the ascent of Minnesota players was the formation and growth of Minnesota summer traveling teams that freed local players to compete against kids from all over the country. McKenzie says the shoe companies came in and helped partially fund traveling teams and that created opportunities for Minnesota teams to visit places like Chicago and New York and in some cases, to beat some of the best teams in the country. It also allowed them to see just how talented some of the players around the country, were.

“It’s one thing to play against Kevin Durant when you’re in the 10th grade, as opposed to only seeing him on TV,” Pulley says. “Now if you have some success, you get to college, you see these guys…you’re not gonna catch ’em, but if you get a chance to grow right along with them, you still might not be as great as they are, but you’re gonna get a chance to advance your game and your skill sets.”

And while the coaches all agree that Minnesota kids have always had the talent, they all also agree that kids are now spending more time developing those talents, than ever before.

“So their skill levels are much higher coming in,” Coach Ken Novak says. “In order to be a great basketball player, if you’re in third, fourth, fifth grade, the number one key is being able to dribble a ball. If I can really dribble a ball well, without looking at the ball, I am going to be able to play and dominate. Shooting’s probably less important because kids aren’t strong enough to shoot it (yet). If I can dribble it with my head up, I can see the court much better. And now my vision starts increasing and my ability to get it to places increases.”

Novak says he sees young kids today with much more developed skill levels than they had 30 years ago.

“So by the time they become a sixth grader, these kids can handle the ball unbelievably. I think in the past two decades the ability of kids to handle the ball has just increased dramatically.”

“Also today, you’ve got more kids that are gym rats,” McKenzie says. “They’re in a gym 24-7. Kids are getting started with trainers and playing the game at seven, eight years old. So they’re being introduced to the game much earlier. So by the time they do get to high school, the kids that are serious, their skills are advanced. They’re not learning to dribble in high school. They’re not learning to shoot in high school. They’re coming to high school with those skills already.”

Not only are their skills improving, but many of them are also playing in a lot more games. Larry McKenzie recounts the experience of one of his 6th-grade traveling teams. “We started going to Milwaukee and Chicago and I think one year we played like 115 games.”

All the coaches I spoke with also credit excellent and improving Minnesota coaches for creating a strong basketball culture here. Hopkins Coach Novak points to examples, like the regular open gyms at Hopkins high school and other schools. Another key piece of Minnesota basketball culture is the Howard Pulley Pro Am league, which showcases the best players from Minnesota and is a place where talented Minnesota players can measure themselves against top talent from both inside and outside the state. I asked Rene Pulley why the players in Minnesota have gotten better over the years.
“I would have to name the coaches. It’s really those coaches have helped grow the men and develop the Minnesota kids to be ready to play. Those are the guys that are getting it done,” Pulley says.

“If the Minnesota basketball fans can be patient, I think Ben can put together a team that’s gonna have a chance to win, because Minnesota’s produces some really great talent. And if you keep the best Minnesota players home, you’ll have a chance to compete for a big 10 title and maybe get to the tournament and make some noise.”

And, McKenzie says, Ben is present and paying attention to Minnesota kids.

“He knows the programs. He knows the coaches and the programs. I can tell you in 8 years Richard Pitino never stepped into North gym when he was the head coach. And within 72 hours of becoming a head coach, Minnesota was represented in our (North High) gym,” McKenzie says.

“We needed a Ben Johnson,” Pulley says. When Ben talks to the kids from here, he can give them history here. He’s a Minnesota kid. He went up through the ranks, just like they are. Also, he’s played at the highest level in college playing for Minnesota and Northwestern.”

A conversation about the rise in talent in Minnesota basketball necessitates asking these two coaches about who some of the best players in Minnesota have been. All three coaches had many of the same names on their lists. When it comes to guards each coach had Khalid El-Amin and Tyus Jones at the top of their lists, but there have been many others. 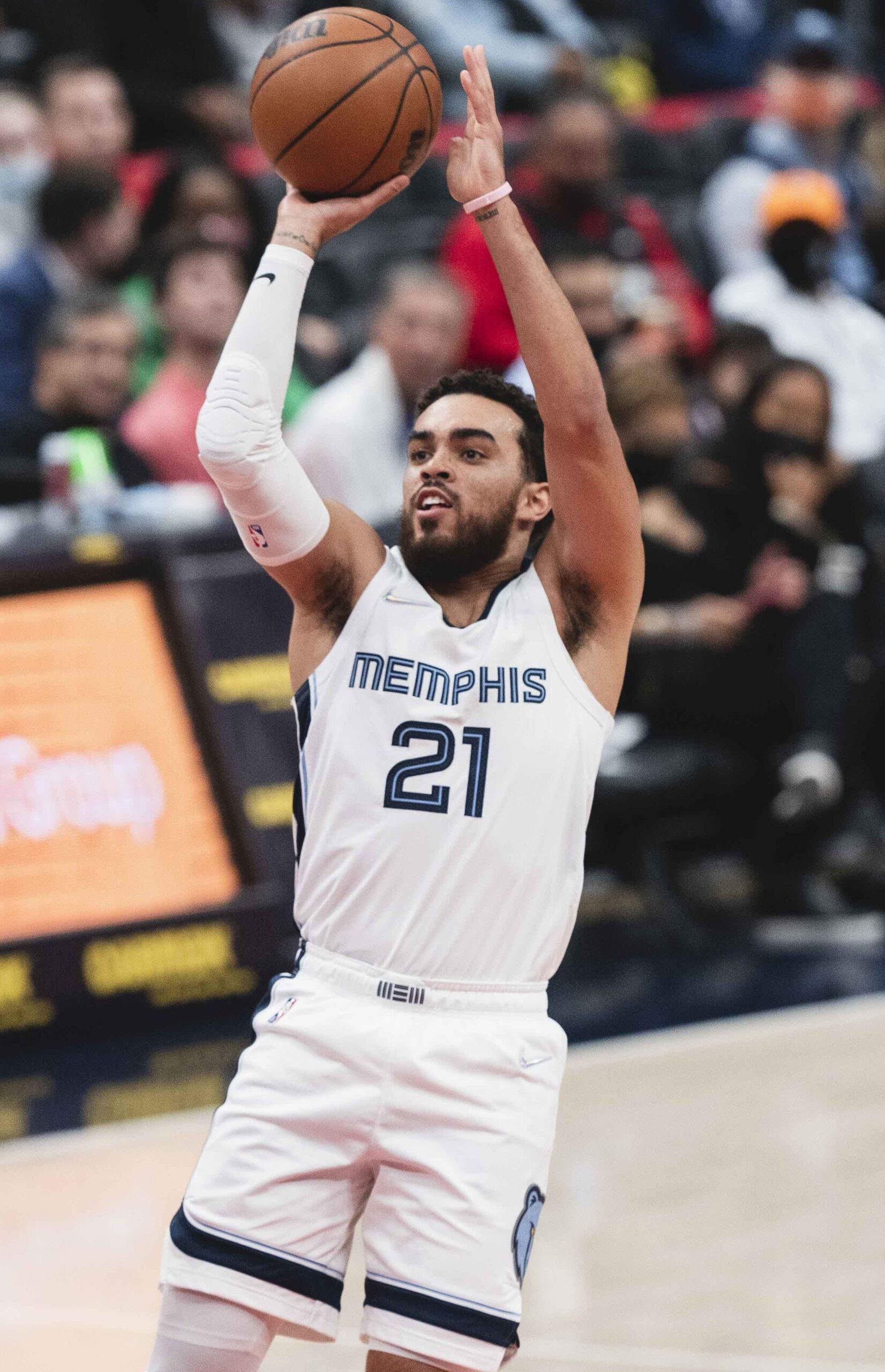 They also spoke to something they say El-Amin and Jones had in common – incredibly high basketball IQ’s.

“I think the two toughest guards that I’ve gone against or had to defend were Tyus Jones and Khalid El Amin,” Coach Novak says.

“Khalid was the most dominant player in Minnesota high school basketball, as far as I’m concerned,” Pulley says. “The three-peat was special,” McKenzie says.

The basketball IQ of players like Khalid El-Amin and Tyus Jones – the ability to have some level of control over a game is something that the coaches worry may be on the decline in Minnesota and across the country. Find out why, in part 2 of this 2-part series, which you can see here:
https://donnyrowles.com/minnesota-basketball-part-2-of-2/