Minnesota Basketball Part 2, A Problem: When young players think too much about “me” and not enough about “we,” on and off the court.

In a way, Minnesota basketball reached a high-water mark in the last 2 years when 2 Minnesota players were drafted in the top 5 NBA lottery picks. In 2021 guard Jalen Suggs was drafted #5 by the Orlando Magic 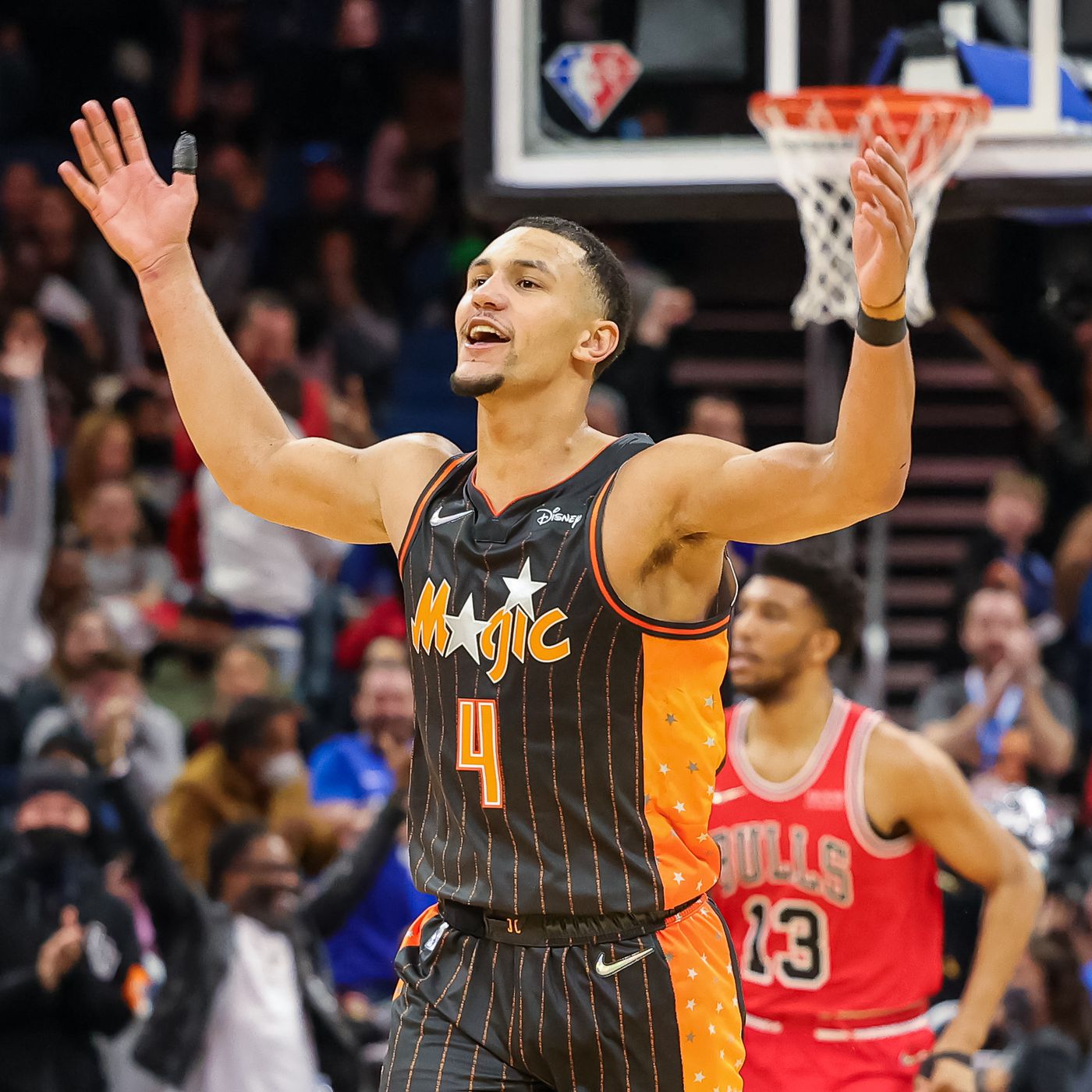 and in 2022 forward Chet Holmgren was drafted #2 by the Oklahoma City Thunder. (They also went to the same high school – Minnehaha Academy in south Minneapolis.) 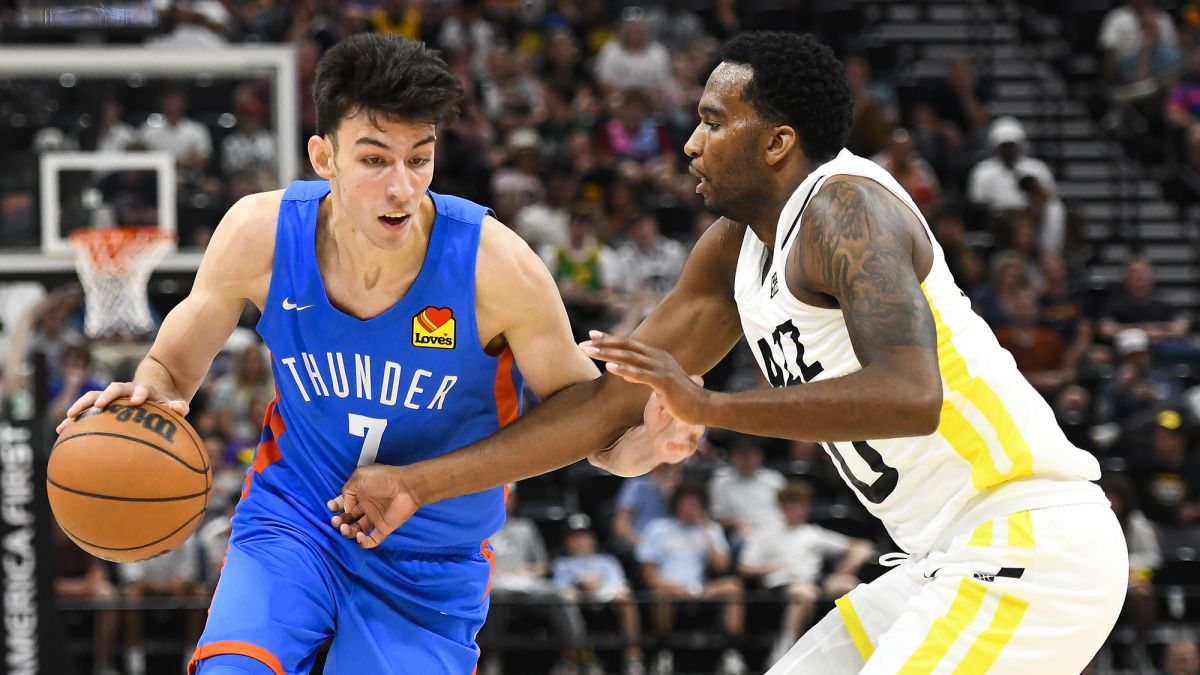 Through talent, hard work and tireless dedication, the dreams of both Suggs and Holmgren came true. They’re the same dreams thousands of Minnesota kids have had during the last 30+ years.

And while Suggs and Holmgren are talented players who excel both individually and at making their teammates better (because they both have very high basketball IQ’s), some of Minnesota’s most successful longtime basketball coaches and leaders are concerned about the near future of basketball – in Minnesota and across the country.

Larry McKenzie and Ken Novak have each coached a lot of talented players during their long and storied careers, and they’ve both led championship-winning teams. McKenzie recently retired from coaching at Minneapolis North High School, after having spent 42 years coaching different programs. 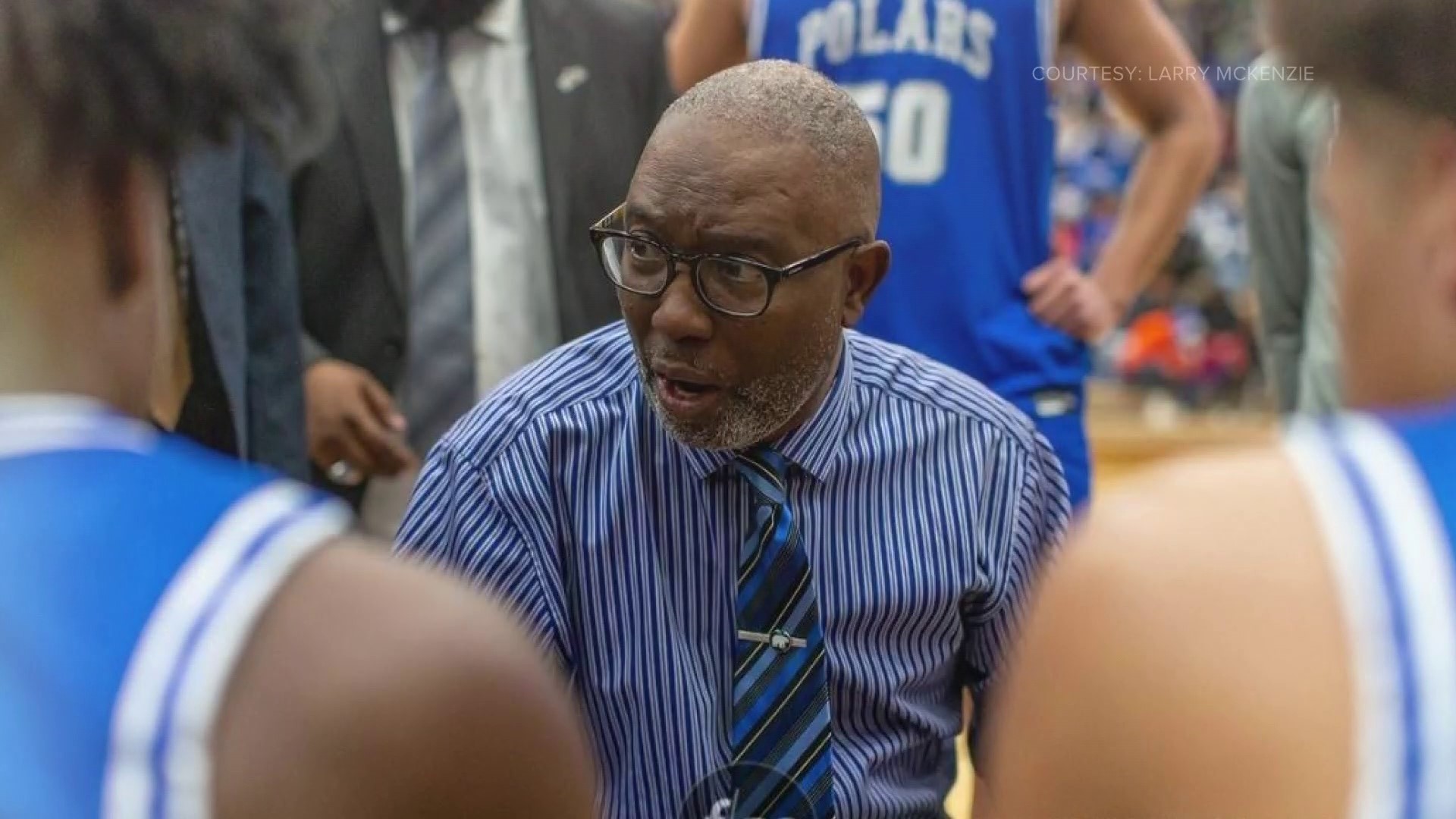 Novak says Minnesota coaches have been very good over the years at teaching players both the skills they need to learn to play well, and the nuances of playing as part of something larger than themselves – of understanding how one fits within the structure of a team. 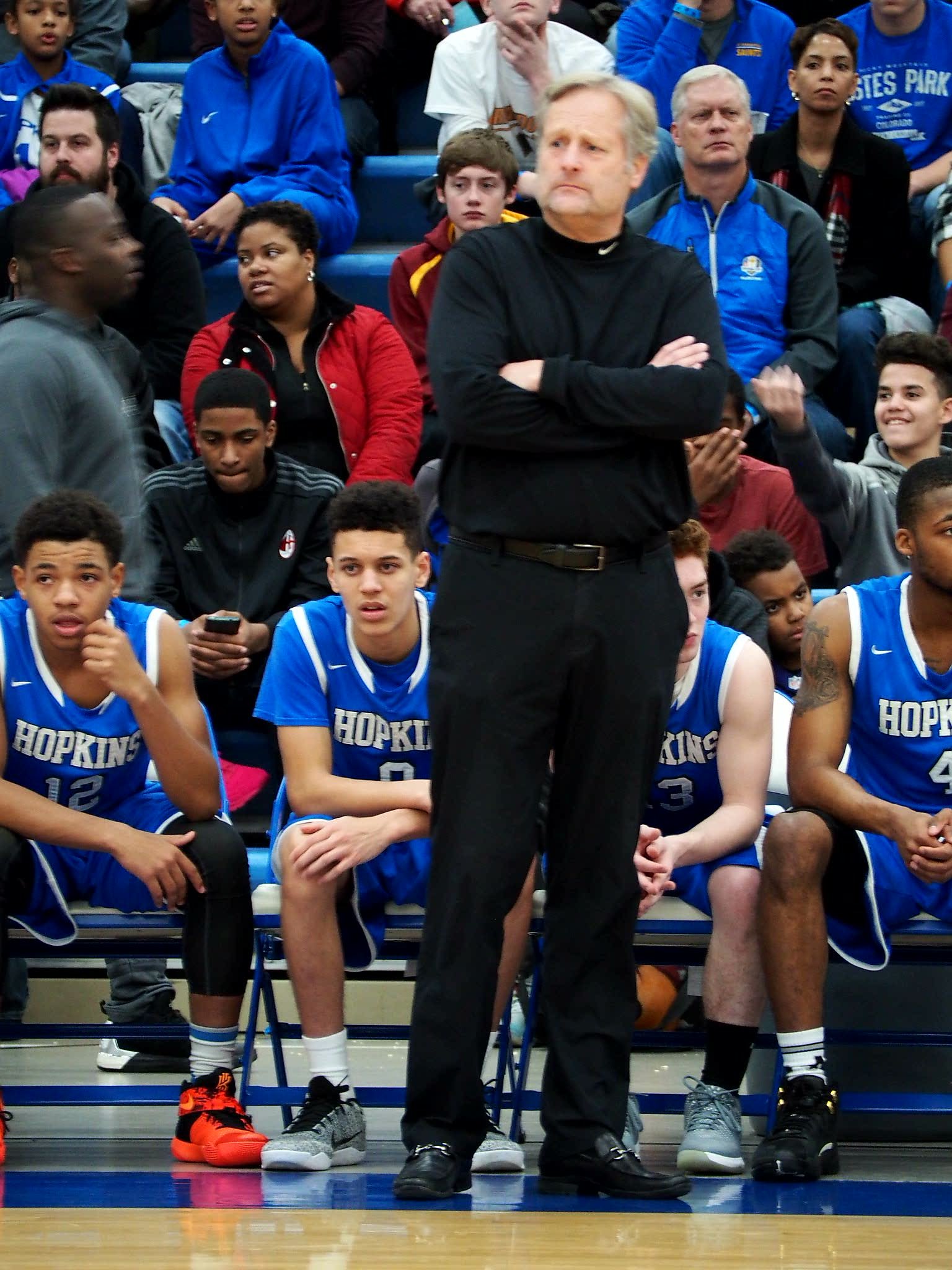 “I think coach McKenzie said it in an article that kids are becoming much more individual. They’re not as good. And I think there’s gonna be some problems. I’m not sure teams are as good right now,” Coach Novak says. “They’re playing the game in context of themselves versus other players in basketball. There’s something called the it factor. And it’s kind of like a Wayne Gretzky playing hockey. He just seems to feel where the offense, the defense, where everybody is on the ice.”

The same type of vision is needed on the basketball court. But Novak says too many players today are too focused on what they can do individually.

“Kids are so busy working on their own skills, they’re not understanding those skills in context of everybody else. If you talk to an NBA coach, it’s really hard to teach certain things. Coaches talk about spacing, and you are constantly re-spacing all over the place,” Coach Novak says. “Every time the ball moves the defense moves, and you have to re-space. If I just see the game in context of myself, how am I gonna cut it? The beauty of basketball is it is a game of many people and everybody’s playing together and it’s continuous motion.”

Not having court sense or a high basketball IQ doesn’t just hurt the teams’ performance, it hurts the individual player. That’s because if they’re not able to help their team play better – they’re just not as valuable. Players need to be able to handle the ball, shoot and play defense…but being able to make your team better during a game is probably a more important skill than being able to hit 8 out of 10 threes in a drill. The truth is, players need to be able to do both.

Coach Novak says that the players with higher basketball IQ’s, the ones who can make their teams better, will go farther.

“Minnesota basketball has been very good at keeping the team element with those skills,” Novak says. “They’ve gotta be very, very careful because there’s some kids that are good enough to make it at a high level that I don’t think are making it now because they don’t quite understand because they’re becoming so involved in the individual.”

“I’ve been coaching the Jordan Classic All-Star game a few times,” Novak says. “I always look at which kids end up making it in the NBA, and which kids don’t make it. And there is an element of unselfishness or understanding what everybody else is doing, how they’re doing it, when they’re doing it, the timing and rhythm of everything. And that’s kind of the ‘it’ factor.” 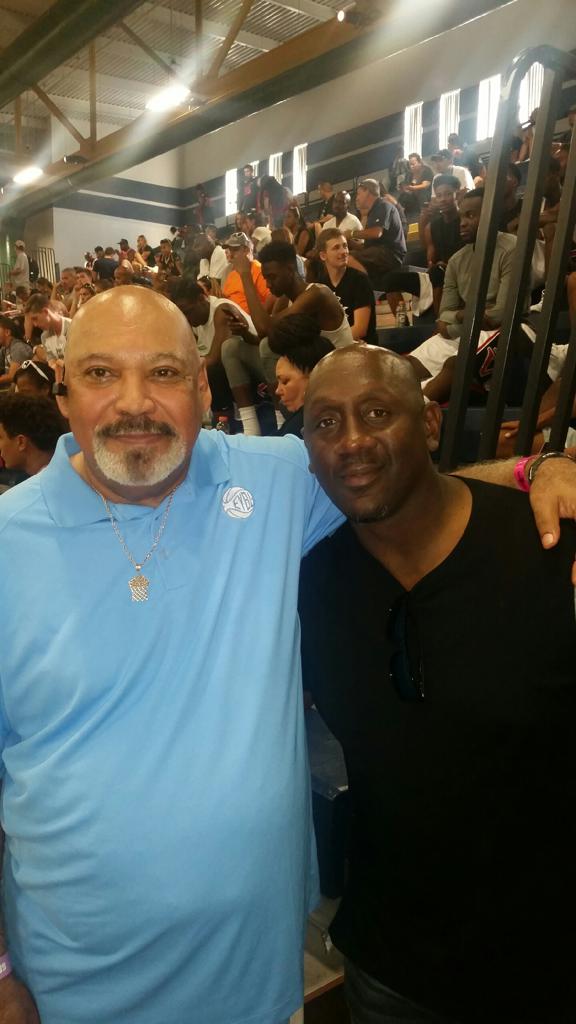 “I feel identically the same way,” Pulley says. ”When you leave high school, now you gotta go to the big 10. If you’re skilled enough to get there, now you gotta play with people that are probably 10 times better. How do you adjust to that? And what we see, they haven’t, they can’t adjust to that.”

Pulley says he sees more and more kids transferring from one school to another – both in high school and in college – thinking that switching programs will solve whatever their perceived issues are, instead of focusing on getting better at their current school.

“Now kids are transferring all over the place and I gotta bring this up all the time… it’s just amazing to me, because I’m trying to figure out, well, why the hell is he transferring so much? The kid at Iowa State a year ago, he was freshman of the year in the big 12 conference, Iowa state. He had a fantastic year. They got to the sweet 16. And he’s in the portal. And my question is, what was the problem? What didn’t you like or what are you mad at?”

Pulley says it’s important to realize that there are a lot of other talented players out there, and it’s key to learn how to play well, together. He has a strategy for communicating this idea when he gathers his All-Star teams together.

And then he waits for it.

“And they laugh. And I say, all right, now let’s just get real here. We gotta figure out how we take that 372 points a game that you guys score and score between 60 and 80 points and win the game. We’ve got work to do here.”

The coaches seem to think that it’s not smart to become overconfident. The players that do well and do better than expected are the ones who stay hungry, the ones who understand that outside of Minnesota high school basketball there are a lot of really smart, talented players. Complacency is a dangerous thing – staying humble and hungry are the recipe for pushing your ceiling as high as it can be. One source of overconfidence can come from parents. Parents want to will their kids to succeed. The problem is, parent’s encouragement can sometimes become installing overconfidence, a situation where kids feel success is a sure-thing. According to these coaches, kids need to continually be working to both improve their skills and their basketball IQ’s, so they can help their teams play better and ultimately, win.